I’m sooo happy that you liked my illustration of The Fox and the Crow!

Your comments made me so happy! Thanks a lot for your words! 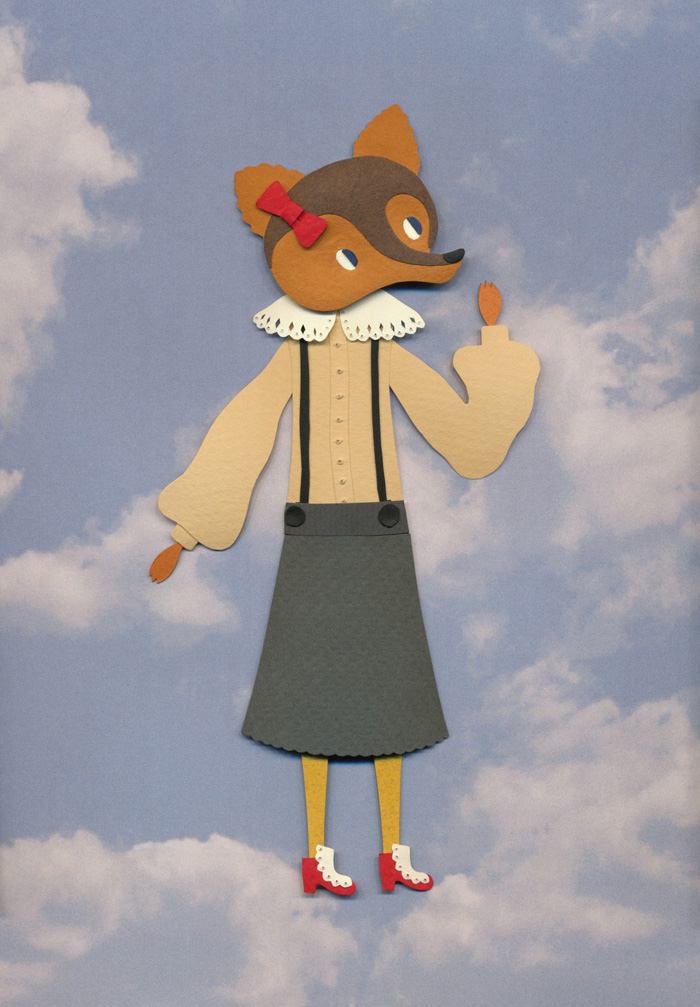 Now that The Fox and the Crow  illustration is finished I would like to thank someone that had a very special role behind the scenes. Her name is Rosalinda and she’s Mr. Fox’s wife. Rosi (as Mr. Fox calls her) spent lots of time encouraging Mr. Fox and making sure that his outfit looked neat. She ironed his pants over and over again with lots of love and starch, that’s why they look so perfect, as if they were made out of paper 😮 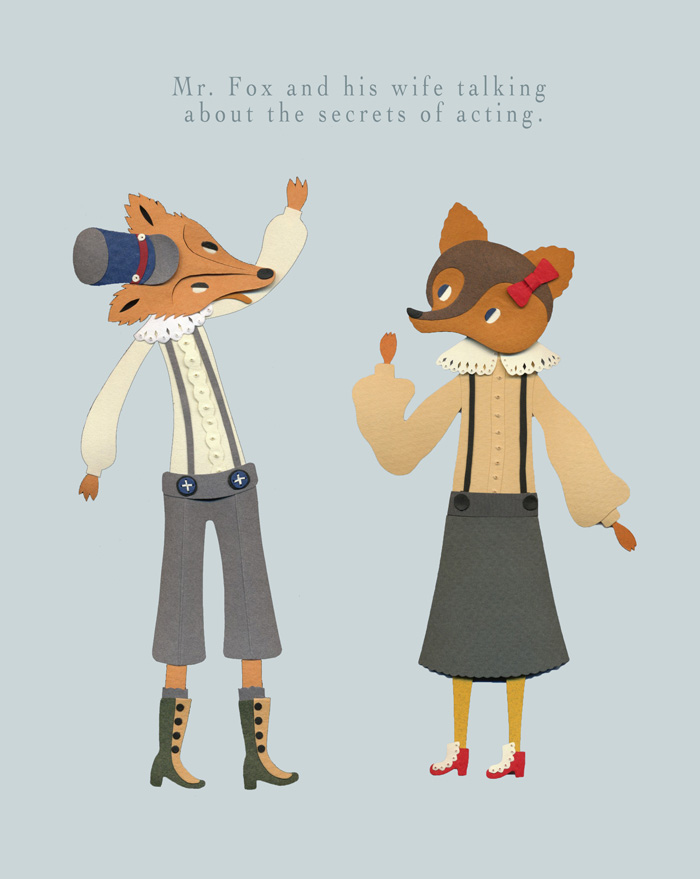 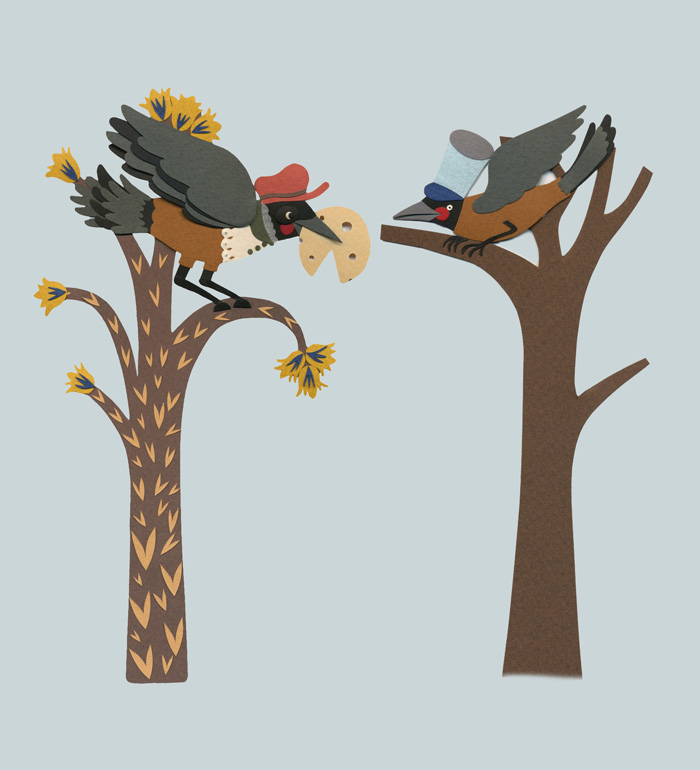 I also have to mention another character from behind the scenes. It’s Mr. Crow’s nephew. His name is Franco. Franco had all these ideas about how his uncle should hold the cheese. I have no doubts that Franco will be a great actor as well, he has lots of personality 🙂

Mr. Fox and Mr. Crow, together with their stage, will be flying to Germany soon, where they’re going to meet with Julia, the paper engineer. I hope that they behave well with her!

And now I’m totally into the next illustration. This one is called: The Town Mouse and the Country Mouse. I love this fable because it has lots of visual possibilities. I will be making tiny food to represent the scene where the two mice are having a fancy dinner. It will be so much fun!! Now, what should I make for that dinner? 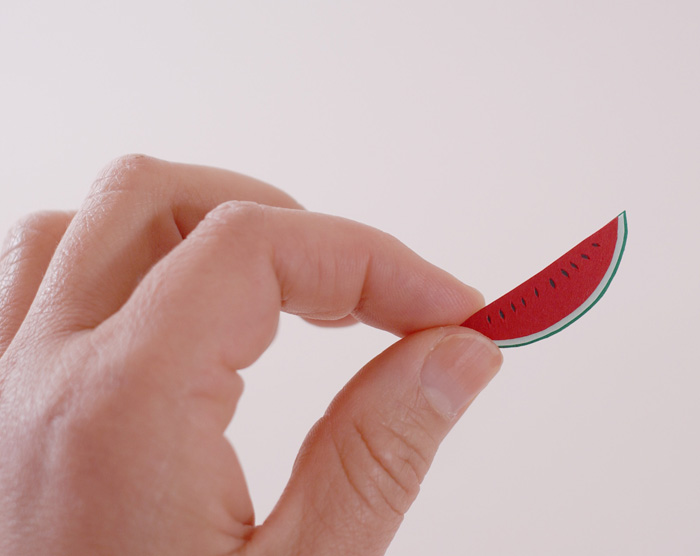 I already made a sweet slice of watermelon, yum yum.

Looking forward to hearing from you!