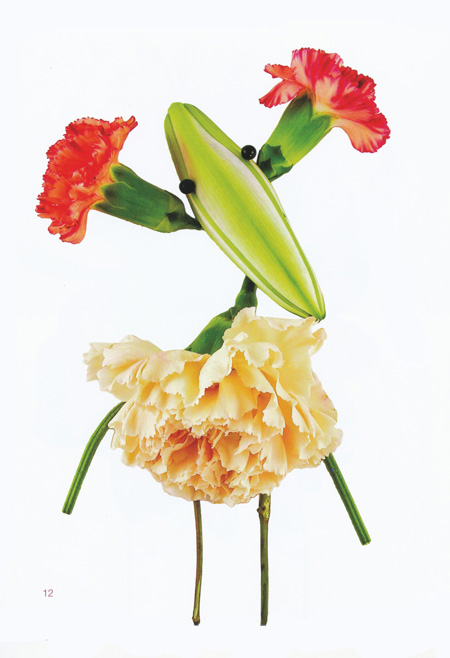 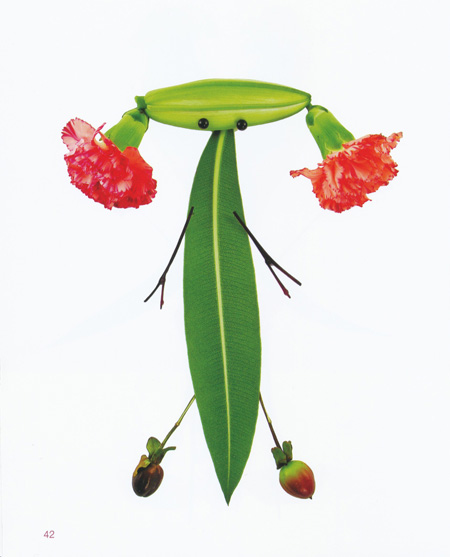 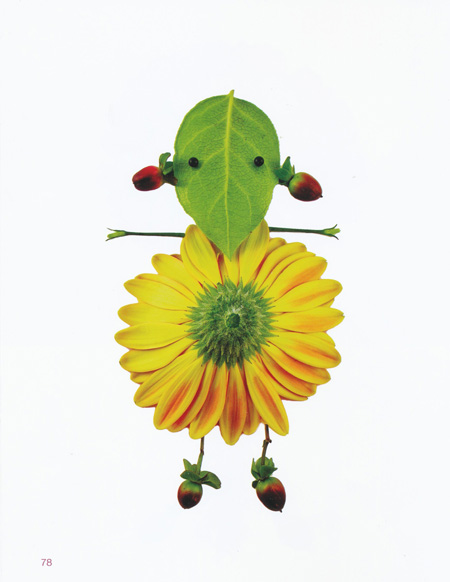 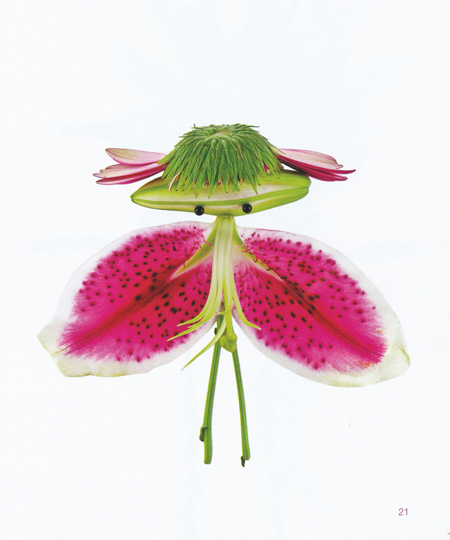 *
The seeds of this book were planted by my son Diego who has Autism. One day Diego and I were in our backyard, he was about 3 years old. I was starting to implement a therapy known as Floor Time, which consists on following the child’s lead as a way to engage with him through a preferred activity. Diego had been disconnected from the world around him due to his Autism but that particular day he noticed our garden. It was as if he was seeing it for the first time. I encouraged him to explore it. Together we collected flowers, leaves and small branches. Then I had an idea: Let’s make some flower people! I started playing around with the elements until the first character was born. Diego loved it! Then we created another one, and then another one… After our little game was finished I couldn’t stop thinking about designing new characters. Next day I returned to my studio and continued playing by myself. I eventually  shared the photos on my blog, they became popular. Then TeNeues found the pictures and got in touch with me. They presented the idea of  turning the pictures into cards. After the cards were published the idea of this book followed. It has all been a happy experience. What it started as a game became something that I can now share with you through a special object.
*
Hardcover with dust jacket.
*

Includes an introduction written by me in English, German and French.

The main purpose of this book is to make you smile 🙂

144 pages (some of the pages are blank, which is a design element).

Each one of the characters is unique and each one has its own personality.